This week in the pack we expect to have carrots; peppers; tomatoes; spinach; apples; hot peppers; salad mix; arugula; chard/beets/kale; cilantro/dill/parsley; and garlic.  Unfortunately, our garlic was not a super crop, so we are giving out two per person in case one is soft.

On the farm, there’s a lot going on!  Bruce and Nash are back from their honeymoon and ready to start a new life together.  Yay!

Big News: Marshall is heading off for a week as part of a farm tour in Quebec.  We are very excited for him because he is going to meet some of the most innovative vegetable farmers, including Jean-Martin Fortier at Les Jardins de la Grelinette.  We are green with envy, but he deserves this week off.  He has been working so hard and has been so consistent.  Of course we appreciate our whole team here at Abundant Acres!  But Marshall has been a real superstar of effort.  I hope he learns a lot and has a great time.

In other farm news, I am very excited because our potato trial is showing some results.  In the spring we planted about 25 different varieties of potatoes to see if any of them had disease resistance potential.  It seems that two of them are pretty darned resistant to blight relative to the others.  They were handed to us by Raymond Loo, an organic farmer in PEI who has since passed away.  His family spent years selecting resistant potatoes and one of them was Island Sunshine.  He also gave us a few tubers of another variety that is not named.  Both are green and growing well, while ALL the other varieties have succumbed to disease.  To see more about our work on disease resistance in potatoes, we have a series of posts on the Heliotrust site.

Chieftain was the variety that seemed to be the most resistant to disease in the past, but here the blight got it

This week David planted cover crops and went to pick up a second hand greenhouse in Berwick.  Putting up the greenhouse will be the next big project.  It comes with fans so the seedlings don’t freeze or fry (a good thing).  We are also hoping to set up a heater in the greenhouse that can run on used veggie oil (like the truck).  But don’t tell anyone because someone might think to make it illegal.

Newly planted cover crop of rye. In a week or so, it will have a fresh covering of green.  The ginger greenhouse is in the background.

Here are some more photos of this week on the farm: 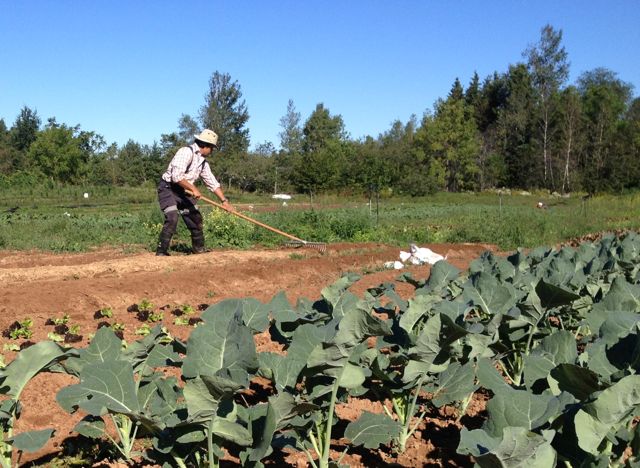 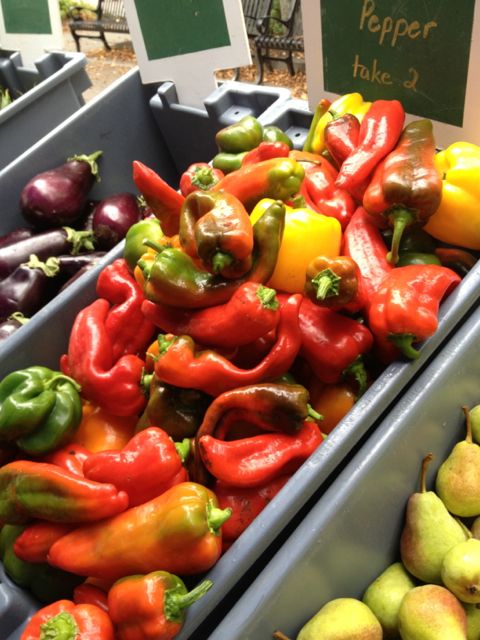 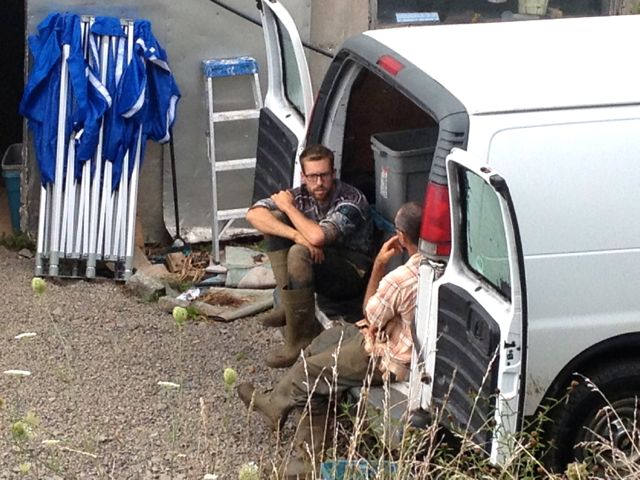 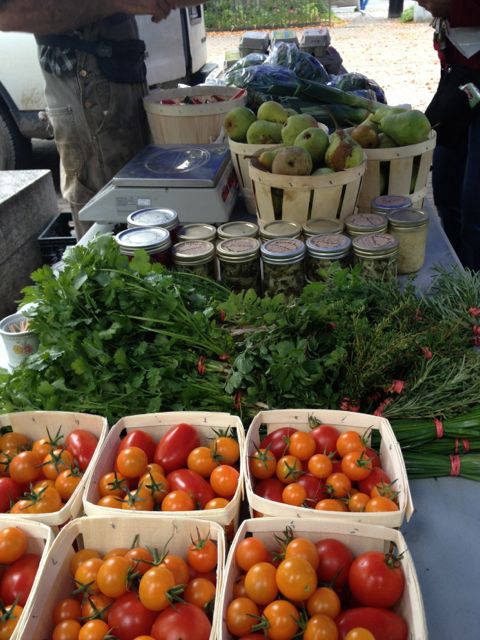 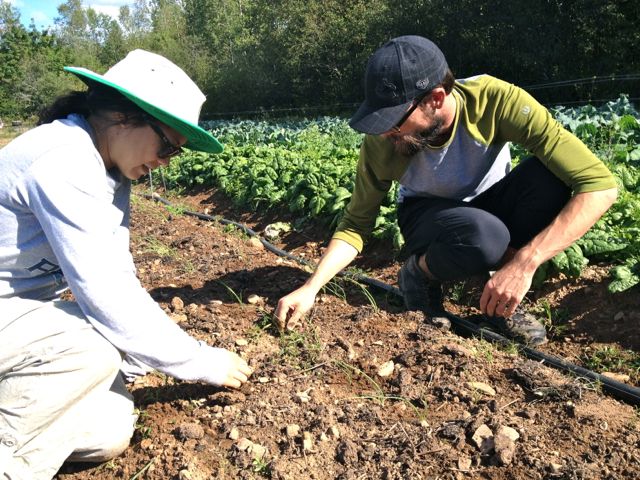 Thanks to Ailis, Geoff, and Charlene for coming out to the farm to help on Saturday.  They weeded the onion bed, and the carrot bed — a total of 500 feet of thankful little seedlings!!  We also got in a great yoga session and made plans to change the world.

See you all soon!

One thought on “Week 17: Resistance!”