The fields are still covered with snow, but we are working in the plastic-covered hoop houses, the snow is receding, the sun is shining, and winter work is starting to change to spring work.  Our new farm crew is learning a lot and working hard.  The first three wrote a little about themselves.  We will introduce the next two when they arrive in May and June.  We are also very happy Lori and Benjamin are returning to the farm this season.

Hello! I’m Bernard Soubry. I hail from the wilderness of Montreal, via the windy Tantramar Marshes. I started farming in Sackville, NB, a few years ago, and have since apprenticed throughout BC, New Brunswick, Germany, France, and Nova Scotia. I’m into small-scale, biointensive production, portable hoophouses, seed-saving, and singing in the fields. When I’m not working, I tend to be found reading, writing, knitting, baking, or cuddling with Maggie the cat. I’m excited to see the farm in summer and work with Jen and David—hope to see you all soon!

Kevin and I grew up in a small farming community in Saskatchewan.  We went to high school together, moved to The City together (Saskatoon, SK), and eventually got married in 2010.  In need of an adventure, we decided to move out to the East Coast, and plant down tentative roots in Halifax; a city Kevin had visited one afternoon several years ago on a school trip.  Throughout the years, we had talked often of our plans to eventually get our own land, have our own little farm, yet got caught up in comfortable city living.  I loved my job as a server at Suzuki Restaurant, and had little reason to change.  However, living in an apartment with only north facing windows can really make a person long for green living things.  In the midst of our longing, we stumbled across an ad in the newspaper for an annual seed sale and sign up for a spot on the community garden at the Urban Farm

Museum, and were delighted to sign up! In my enthusiasm for gardening and access to organically grown vegetables, subsequent Google adventures led me to the wonderful concept of Community Supported Agriculture, and out of a need for something new, we signed up for an Abundant Acres CSA in 2014.  It was delightful to have a surprise of vegetables every week, and fun to figure out recipes for things that we had never tried before.  Our new favourite breakfast food became Arugula Egg Sandwiches.  Where HAD arugula been all my life?!  And in the summer, the tomatoes we ate made me feel as though I had never really tasted a tomato until just then.  We fell in love with the food of Abundant Acres, so much so that when I overheard that Jen and David were hiring interns for this season, and later told Kevin about this opportunity, we both decided that this was exactly how we wanted to spend our summer.  Throughout the years, the dreams we’ve concocted together about “what we want to be when we grow up” have consisted of farming, of gardening, of living off the land; we felt that working on Abundant Acres was the first step in the right direction. 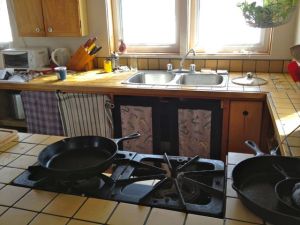 This 2015 live-in crew arrived at a farm covered with snow!  They have been helping to build/renovate their accommodations, plant and transplant seedlings, and get oriented to the farm.  Fortunately, Kevin has carpentry experience.  Victoria has determination.  Bernard is able to be philosophical about it all.

Nutrition students from MSVU visiting the farm. Some of them got right to work carrying onion and leek seedlings to the tall greenhouse.

We discovered rot on the intern house and started right into repairs. 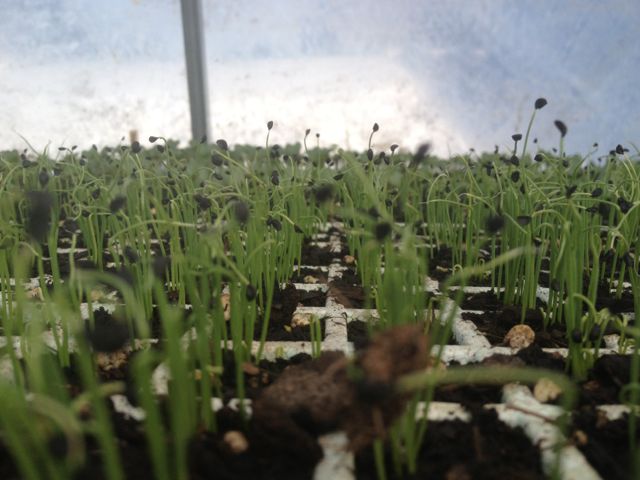 Isabelle and her mom waiting to go out to pasture.  Freckle-faced Thursday in between, 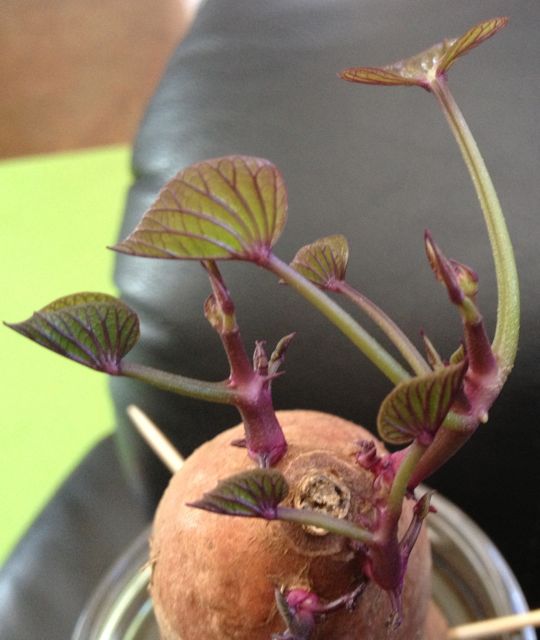 I love the green and purple aesthetics of sweet potato sprouts! 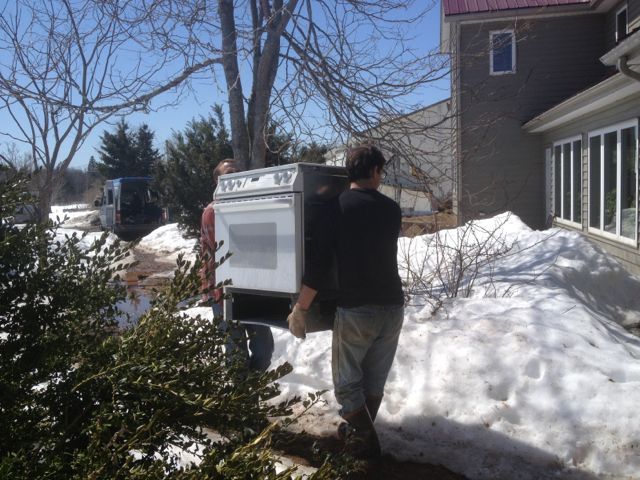 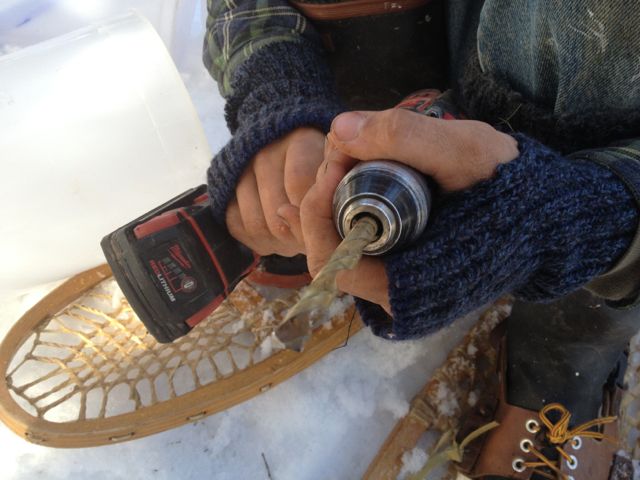