Vegetables this week will likely include: beets, head lettuce, spinach, salad mix, arugula, green onions, and beautiful little zucchini. We will have strawberries this week, and eggs, but unfortunately no bread.  We are still working with the bakery to make better bread.  They will not give up.  We will have a few new faces at each of the produce pack pick-up locations this week, and we have room for some more, if your friends are interested. 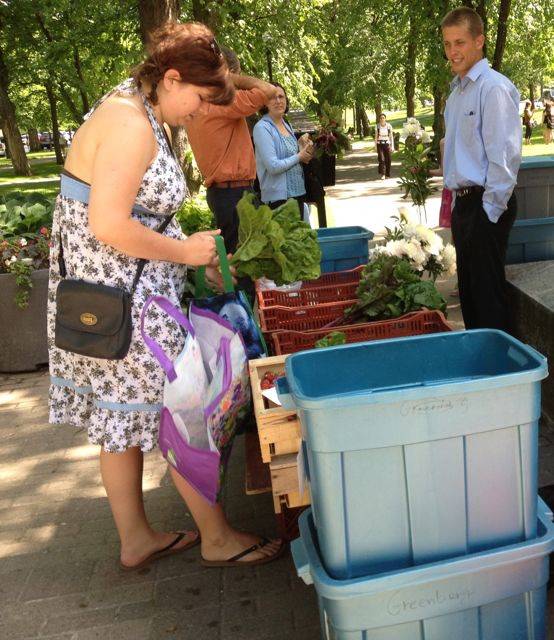 Recipe of the week:  Gomasio.  This is a condiment you can easily make at home that makes vegetable dishes and salads taste out of this world delicious (especially beets)!  We heat about 3/4 cup raw sesame seeds in a frying pan (I use cast iron).  I stand there and stir the seeds while they heat so they don’t burn.  When the seeds turn light brown and start to smell delicious, remove from the heat and let them cool.  Then grind, add 1/4 cup salt and voila!  I have a special coffee grinder I use for seeds and spices.  When it is totally cool I put the gomasio in a little jar and leave it on the table for people to add to their dishes as they like.

Farm News:  On Friday evening between the office and barn, I misplaced my iPhone, which is quite an important tool on the farm.  If you called me and I did not respond, that is why.  We still have David’s cell phone (902.757.1640).  OK, enough complaining and on to the good news.

We got some rain, which is a HUGE relief.  It was getting dry and our irrigation pond was at the lowest I’ve ever seen it in 20 years.  More rain over the next few days is going to be great for the crops.

We are also very grateful for our wonderful helpers, Bruce and Dylan.  They are very special guys.

David tried the machine he and his friend Wally have been developing on the fennel and brassica crops (kale, broccoli, cabbage).  It was hard to manoeuvre, but it worked!!  It is still in the prototype stage, but there is a lot of potential in that machine for market gardeners.  Hilling fennel (and leeks) is important because each one will develop a nice big white bulb if it is covered with soil.  Hilling is also going to save us hours of raking and hoeing and weeding!  After the last hilling, we will plant rye between the rows which will cover the soil over the winter and add organic matter.  We’re thrilled about this system and if you want to know more, you can check out heliotrust.org. 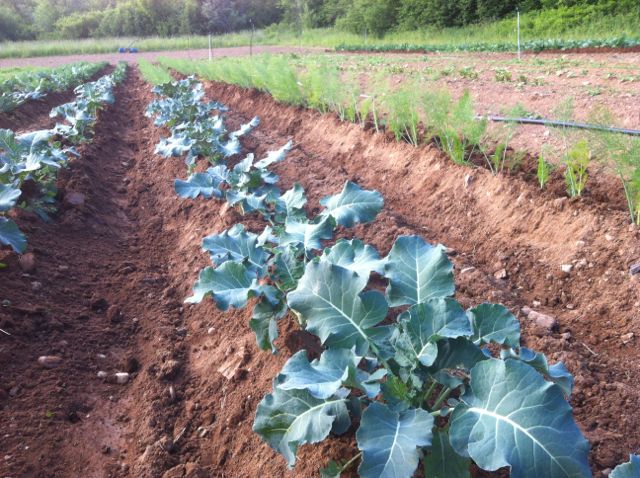 Broccoli after being hilled 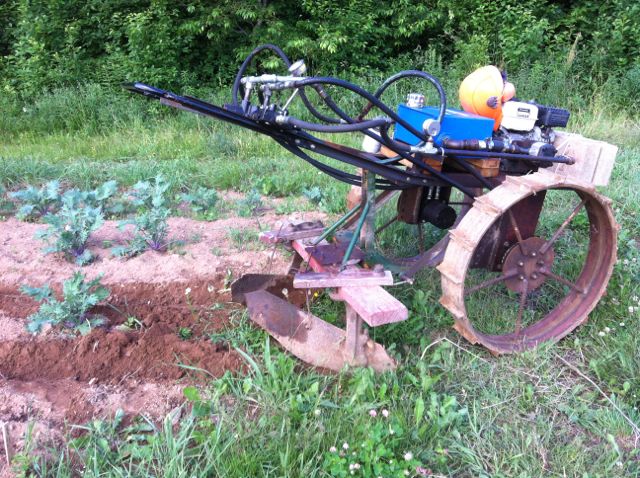 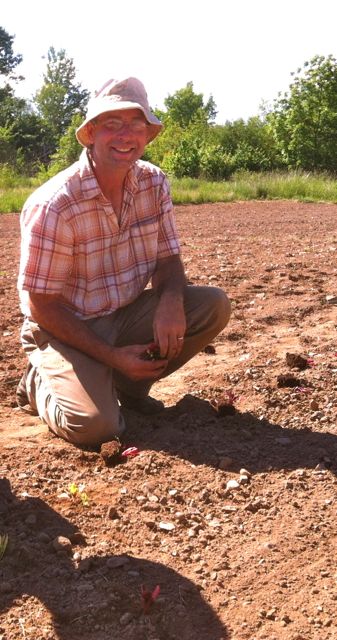 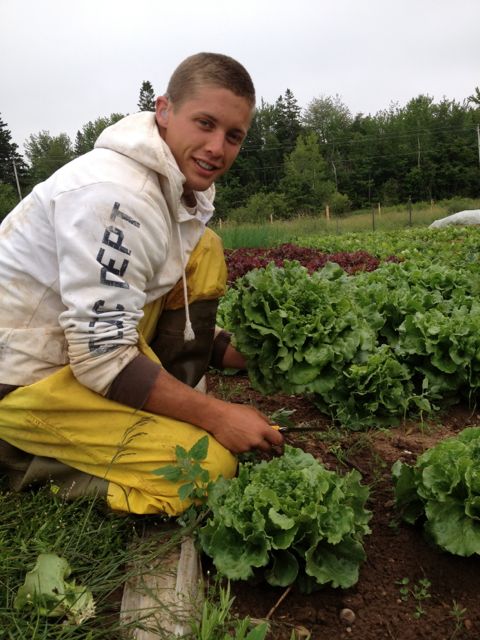 Bruce has been part of the Abundant Acres crew since January.

Dylan Cant … but he’s proving that he can do anything